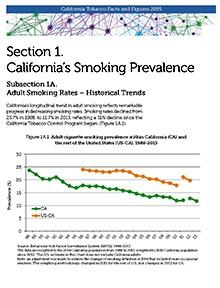 Tobacco Use in California

The landmark 1988 California Tobacco Tax and Health Promotion Act (Proposition 99) made California the first state to implement a comprehensive tobacco control program. Since its inception 20 years ago, the California Tobacco Control Program has been charged with reducing tobacco use across the state and with decreasing tobacco-related disease and death by protecting Californians from secondhand smoke.

Significant progress has been made since 1988 as tobacco consumption has dramatically decreased and health outcomes have improved:

Californians who use tobacco today are more likely to be light or non-daily consumers, which has tremendous implications for cessation messaging and treatment. For example, medications are not recommended for this group, and they may not even consider themselves to be “real” smokers if they smoke on a non-daily basis.3 Also, certain demographic groups, most notably Latinos, are more likely than others to be light or non-daily smokers.4 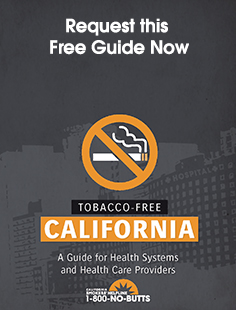